SWITZERBALL
SWITZERBALL german
Measuring 6 x 2.2 meters, weighing 700 kilograms and a track length of approximately 70 meters: the oversized Switzerball roling ball track was composed by artist Charles Morgan. The steel ball track shows the diversity of holidays in Switzerland, as well as all the icons and clichés that go with it!
Charles Morgan was commissioned by the Swiss Tourist Office to build the 3rd giant rolling ball machine “Switzerball”. It was exhibited at hundreds of city’s all around the world.
A 60mm ball-bearing travels on its rails through every part of the classic imagery of Switzerland. From Swiss cheese to ski lifts, from Swiss chalets to chocolate. The whole system is operated and driven by over twenty motors. And kept on track thanks to “Siemens Logo” electronic controllers.
Switzerball is made up of ten interlocking elements which fit into their flight cases which also acts as the podium.
Audio and video enhance the 4 minute show. Enjoy the ride.
Can be rented from SWISS TOURISME 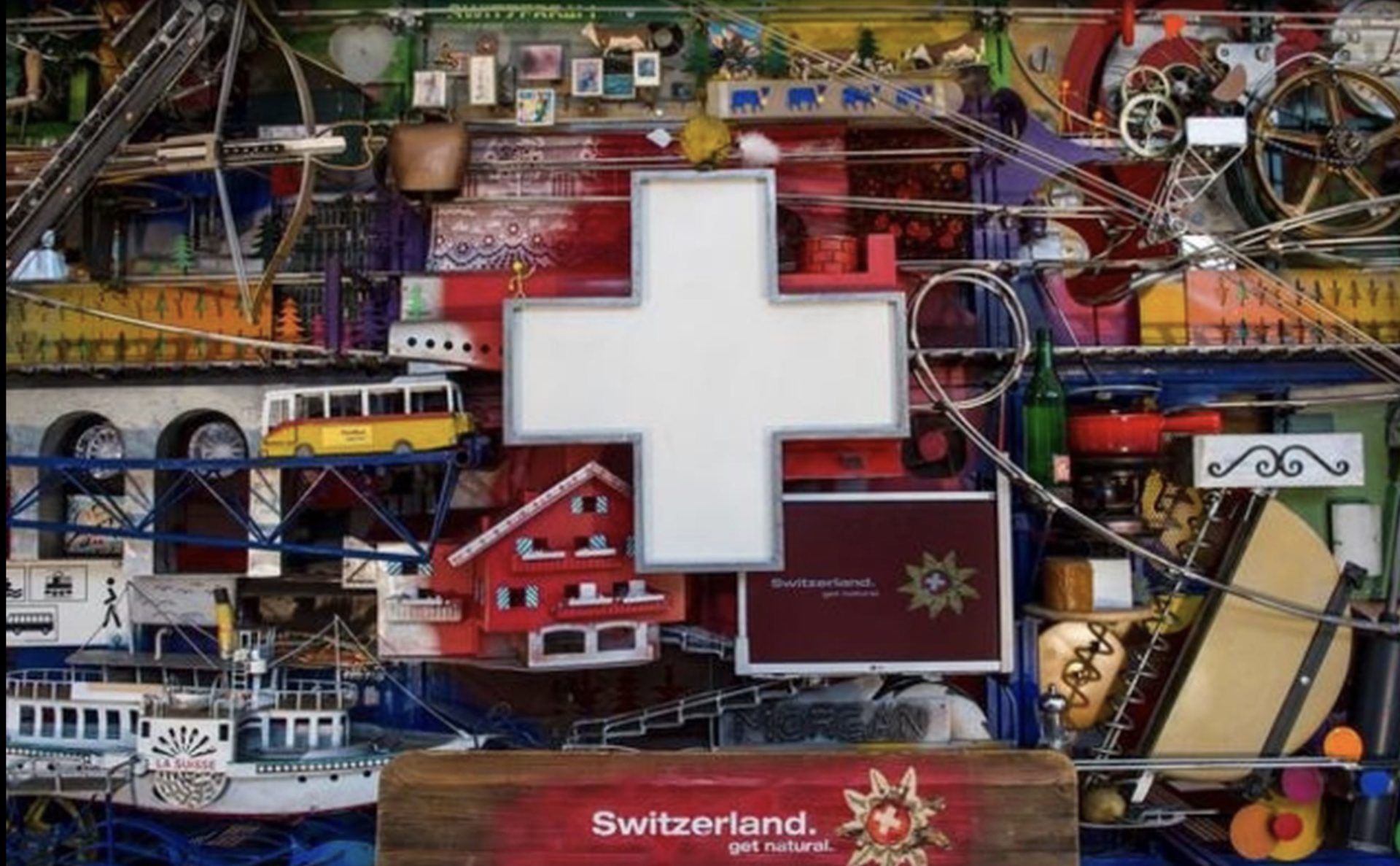 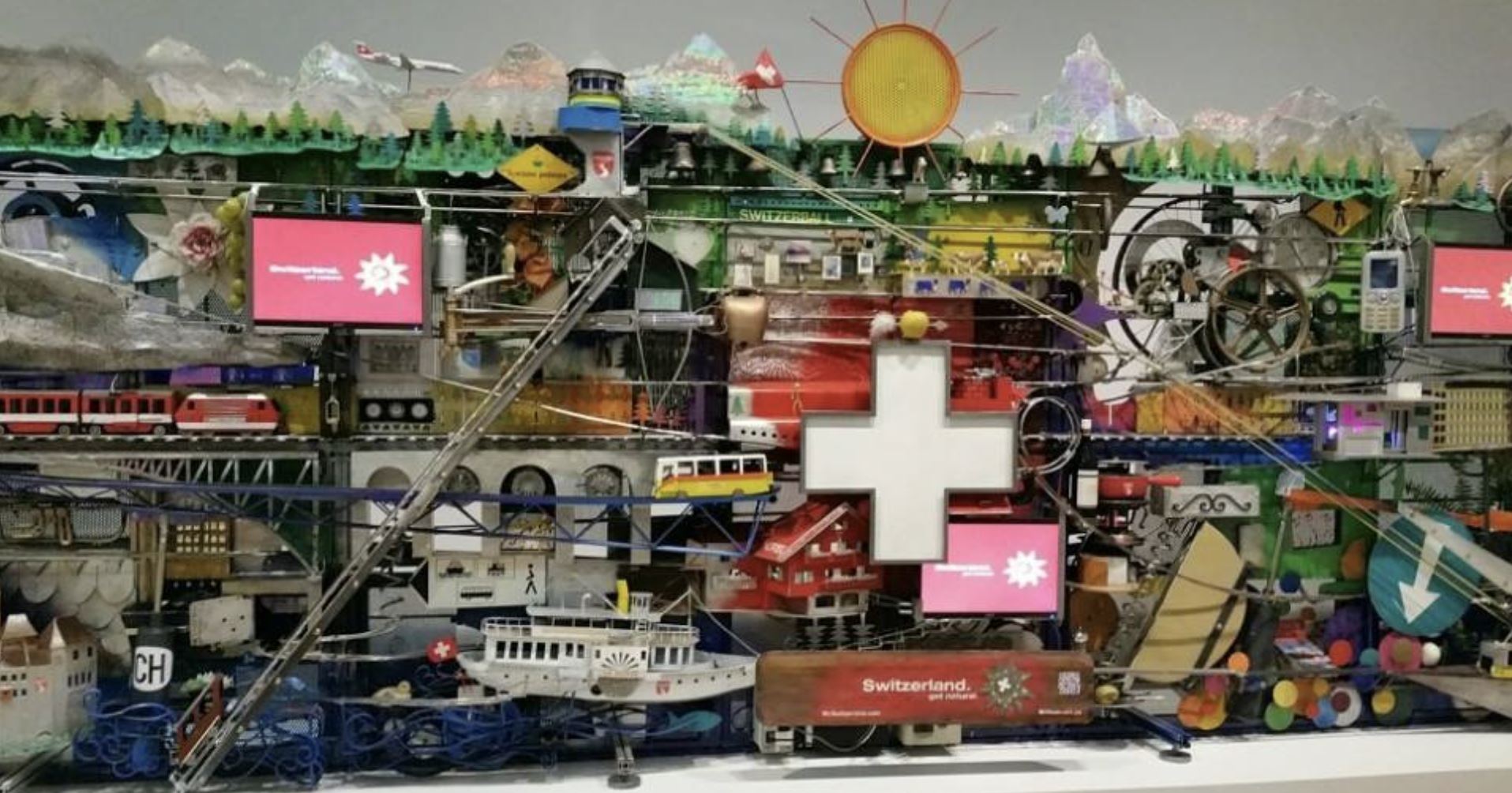 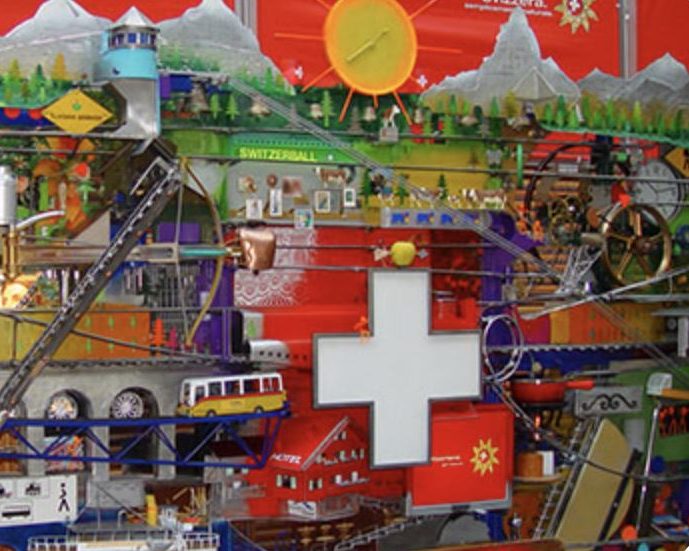 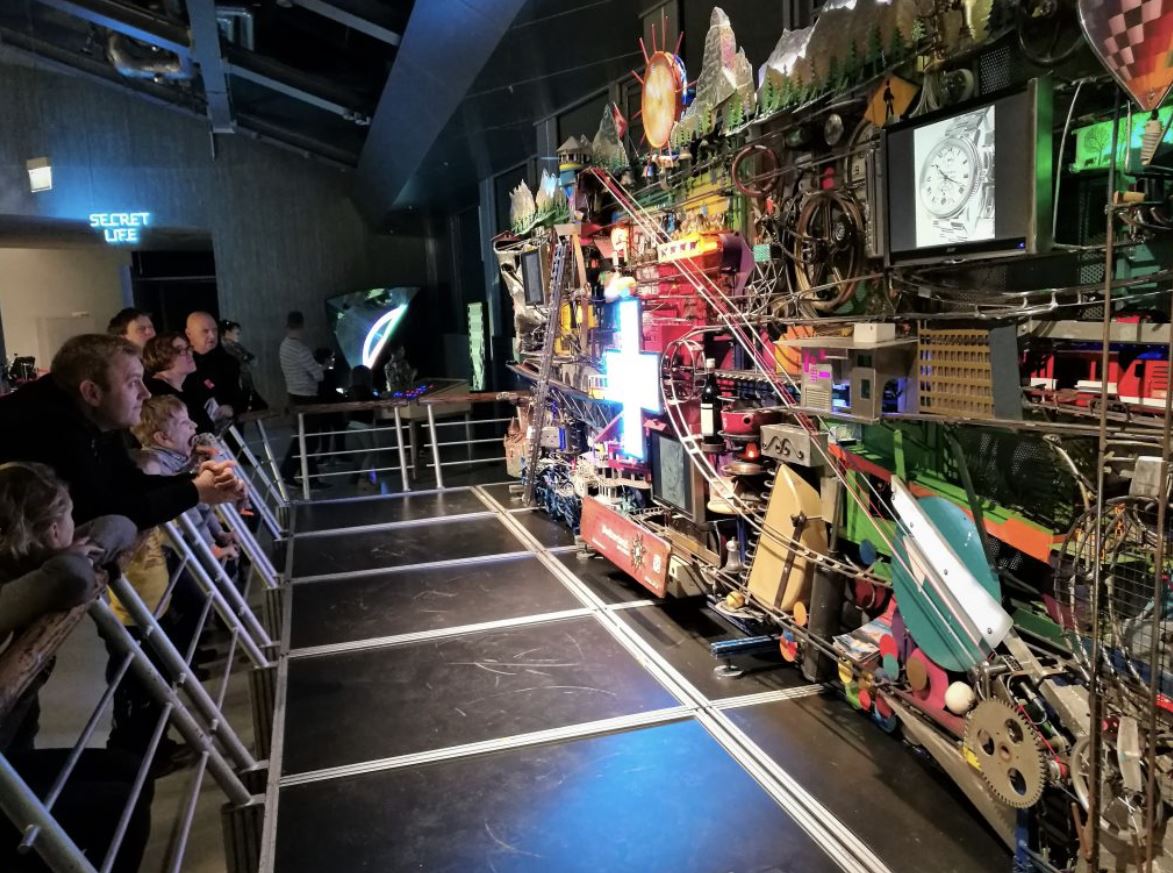 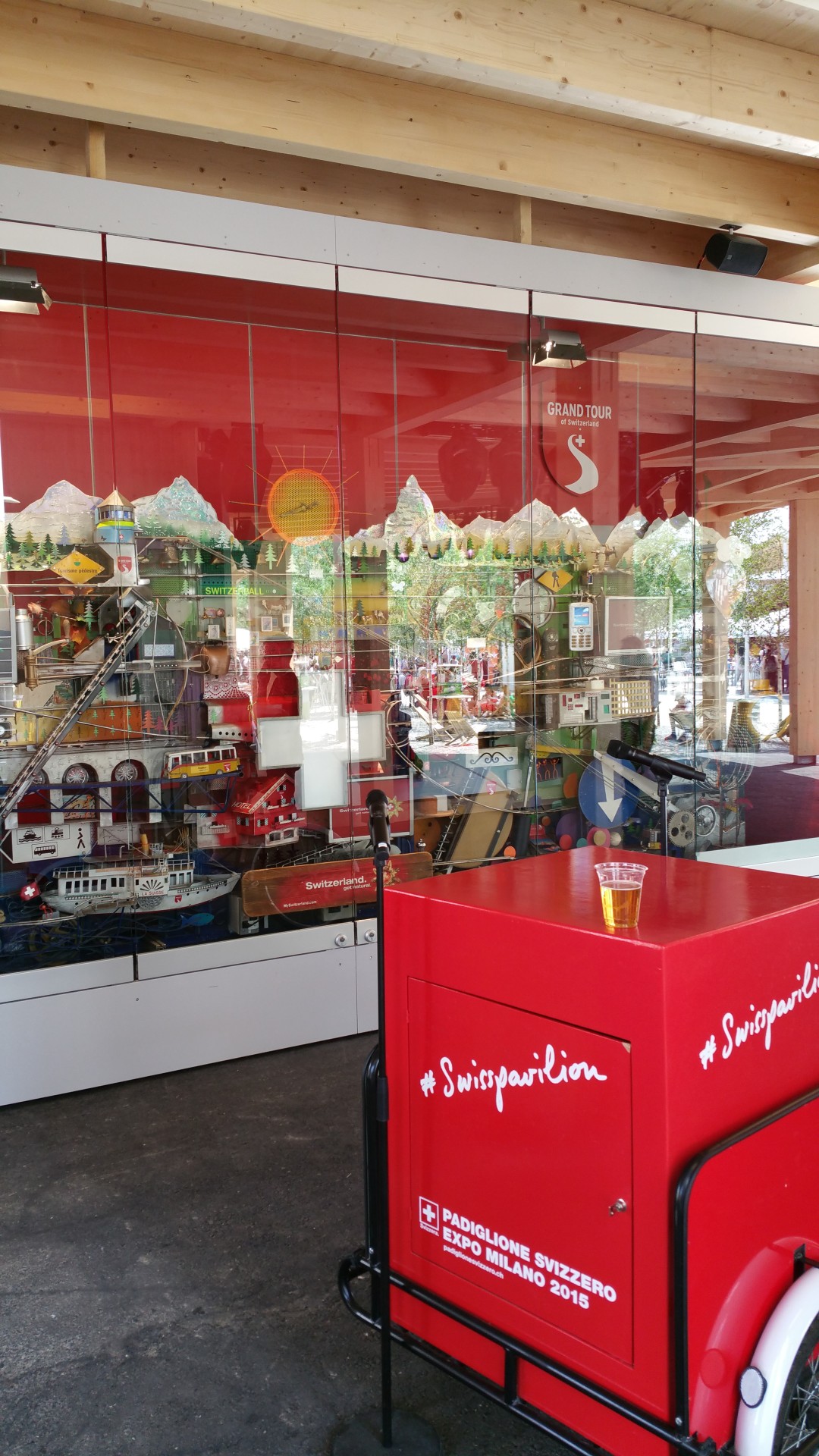 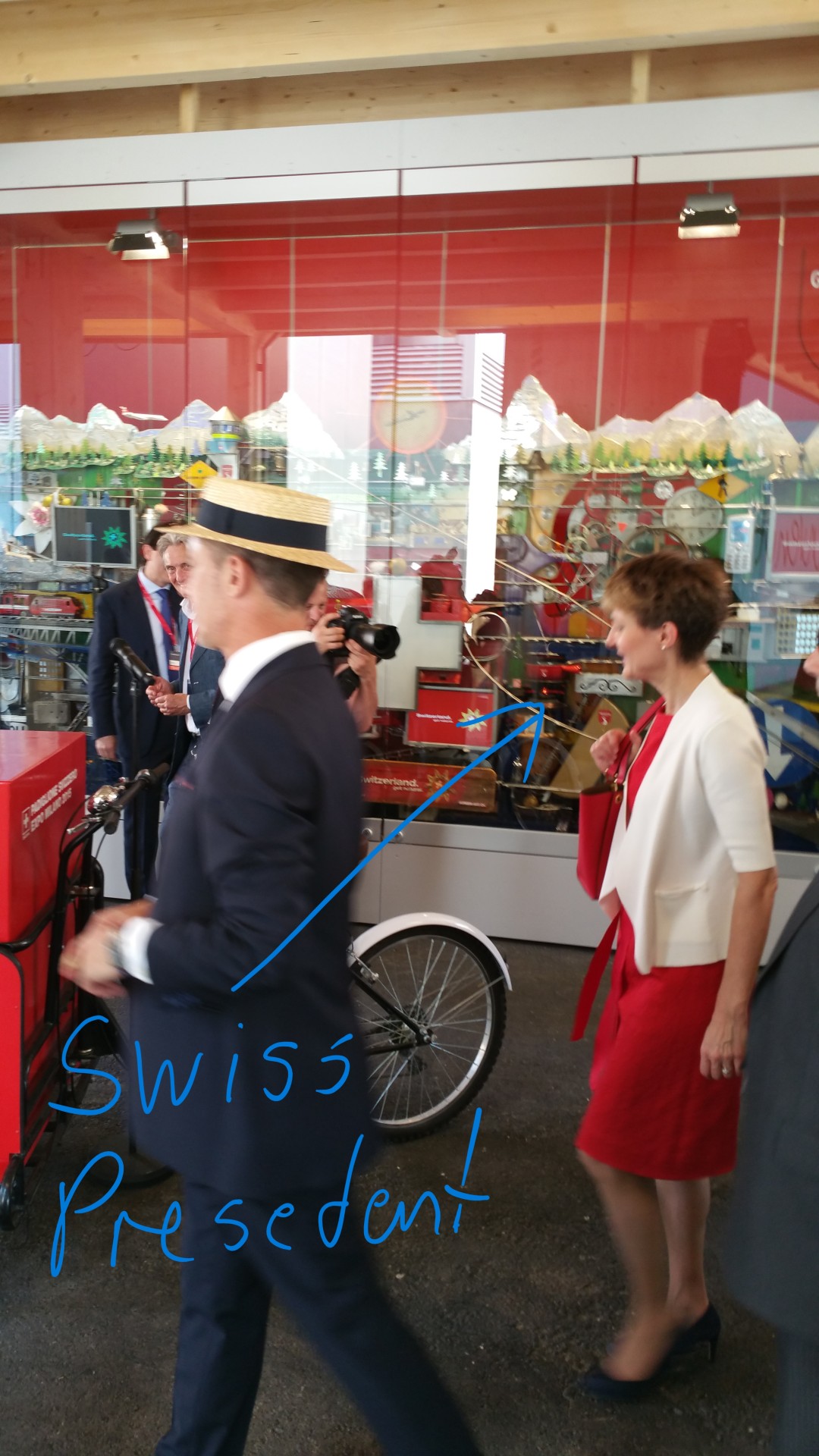